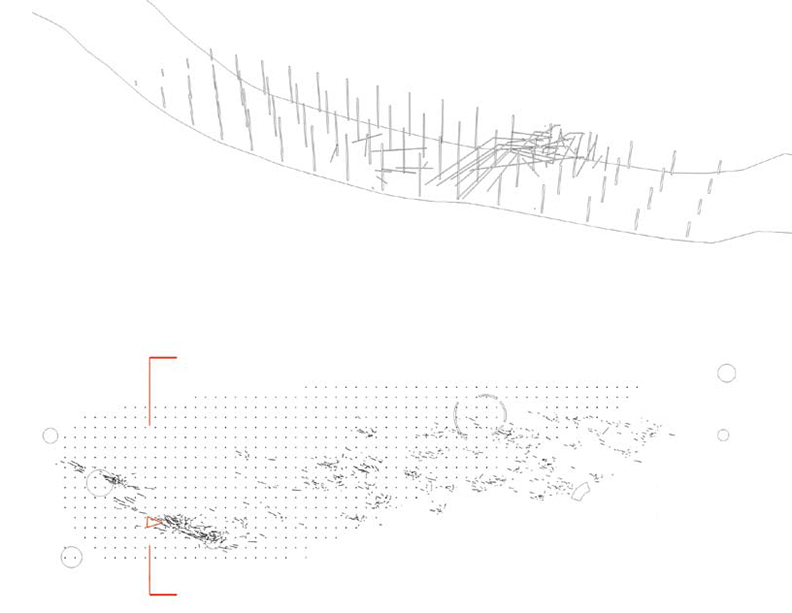 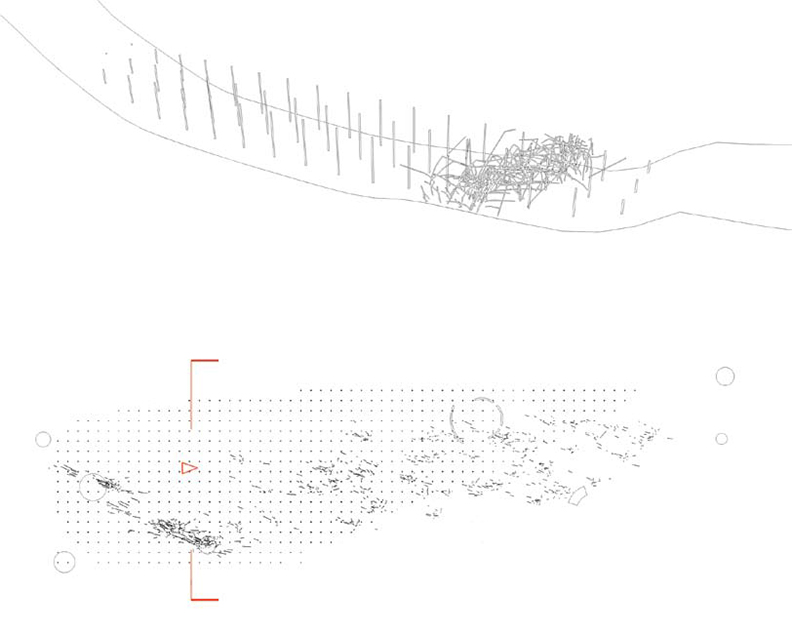 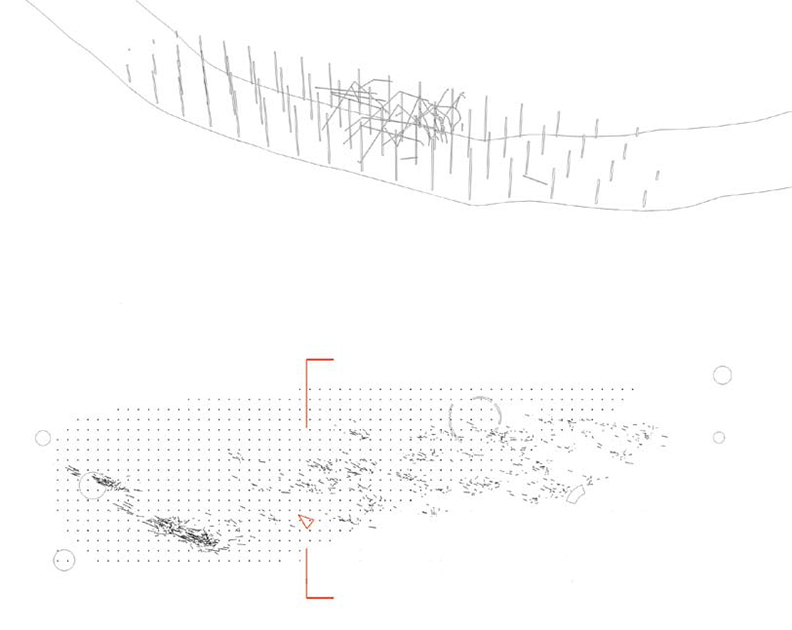 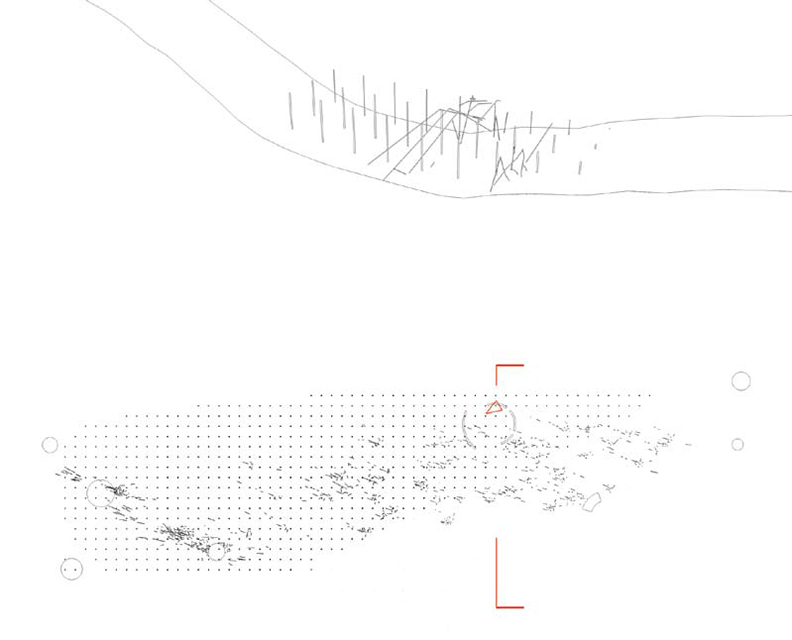 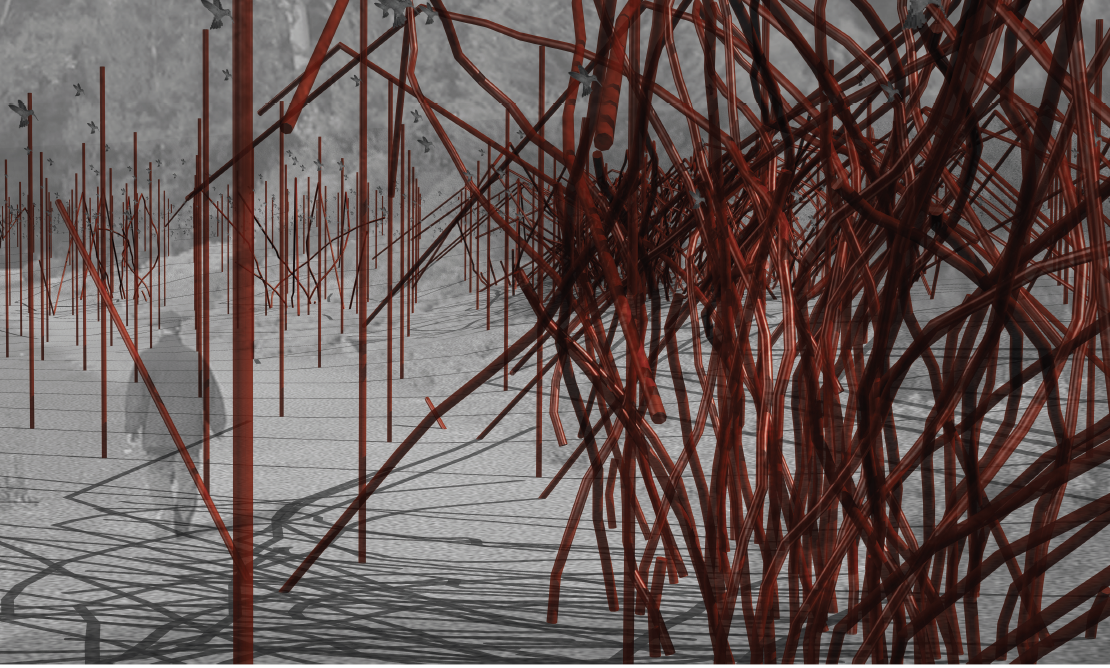 Since 1981, when AIDS was discovered and has become part of our awareness, we have responded with fear and awe at the horror of the epidemic. Now, AIDS and HIV appear in our consciousness with an illusion of familiarity. We have become numb to the knowledge and unable to comprehend the massive impact of this epidemic on the human race. The unperceivable numbers of dead and infected, lest they become mere statistics, must be part of our collective consciousness and conscience.This design proposes the system of index to experientially jolt and reveal the impact of these massively incomprehensible quantities. These systems of index deal with human sensorial perception both visual, auditory, as well as the sense of equilibrium. Personal names and symbolic gestures – the usual strategies of memorials – fail to express the magnitude of the loss and inadequately rouse consciousness. In short, they do not perform the “memorial work” demanded by AIDS/HIV. As a counterproposal to a traditional memorial, we eschew remembrance of individuals, and of AIDS as an historical event. The design proposal suggests no place to put one’s own worded portrait: the experience is the only “material” one takes away. Emphasizing the immediacy of the pandemic, the design critiques how we cope with the catastrophe globally and as a human race.
Location:
Golden Gate Park, SF, CA
Year:
2005
Design Team:
Raveevarn Choksombatchai, collaboration with Jacob Atherton, Michael Eggers, and Andrew Shanken (architectural historian)
Press:
AIDS Memorial / VeeV Design, ArchDaily (archdaily.com), 07.22.10
‍
The American Institute of Architects San Francisco Design Awards, California Home + Design, May 2007
‍
Memorial Memory, Art4d, issue # 123 Feb-06 (text in Thai+English) 2006
‍
Beyond Quantities, Emergent Memory, National Aids Memorial Competition catalog 2005
‍
Portfolio: Three Memorials, Frameworks, UC Berkeley Environmental Design 08 Publication, issue 2005
‍
AIDS Memorial Finalists, San Francisco Chronicle, 01.19. 2005
‍
The Critical Issue: Why Critical Dialogue Matters to the Profession: Portfolio: What is a Critical Practice? LINE profiles 11 Bay Area examples, LINE Magazine, http://www.linemag.org/_line/
Honors and Awards:
Finalist, AIDS Memorial International Competition, 2005
‍
AIA Design Citation Award in Unbuilt Architecture, AIA SF Chapter, 2007